You Want Me To Do What?

Bee Group Inc. > Blog > Uncategorized > You Want Me To Do What? 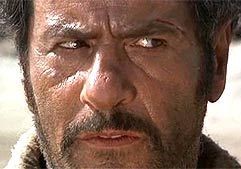 “Did opportunities X, Y & Z close and if not when do you expect to have the contracts signed?”  ”You are not meeting your quota this month…”  ”And oh by the way, I noticed you are not entering information into the CRM and your forecast is due this morning…”

Welcome to the world of many salespeople.  It is an accepted fact of life that they need to find a way to juggle getting their job done  ”closing sales” and “providing accurate forecast information to the organization”… the glamor part of the job, right?  It is not their favorite activity, but as many sales managers have explained throughout the years, it is a requirement of the job,  It is kind of like going to the dentist… every day.

I was raised in captivity for over 20 years in a large fortune 100 company before I broke away some 20 years ago.  In those days, the 80’s, CRM systems did not exist in their current form and the idea that sales people might actually use a PC was considered forward thinking.  I always prided myself on being the guy that was considered “Mikey”.  Remember the commercial “give it to Mikey, he will eat anything”?  As a result of that, I found that I was asked to lead many of the “pilot” ideas that bubbled up from headquarters, also know affectionately by those of us on the front line as “The Temple of Pure Thought”.

One of these “pilots” involved entering a new market that had traditionally been managed via the telemarketing organization with a new face to face sales team.  It did not take very long for the concept to be proven and 5000 new salespeople were immediately hired.   No, that is not a typo, I said 5000 new sales people were hired.  I transitioned to one of the sales director roles and was responsible for a team of account executives that covered 5 states in the southeastern US.  Our team was always considered one of the top teams in the country because of our consistent excellent results, but with fame comes responsibility.

Given the large investment the company made to create this new sales channel headquarters required all kinds of data.  This took on a life of it’s own until one morning I was approached by some of my salespeople who told me, rather emotionally, that whenever they closed a sale there were 13 different forms, yes the paper kind, that had to be faxed to headquarters.  It took the good part of a day to fill out all 13 forms, therefore if you sold an opportunity that meant the next day was shot for selling any new business.

Being “Mikey” and having some experience writing software I proposed to the team we mechanize the forms they have to fill out.  The system was quite primitive by today’s standards, but it took a 6 hour job and reduced it to a few minutes.  This allowed the sales team to actually focus on selling rather than filling out forms which in turn allowed them to consistently lead the company in results.  Needless to say the sales team loved the system.  Why?  Because it helped them do their job.  Looking back on this it was what we would now describe as an opportunity management system not intended for any kind of account management or CRM functionality.  Other regions in the company heard about this and asked if i would share it with them and their staff and I happily obliged and shipped them the software.

I soon was asked to become a part of the newly formed sales training organization appropriately named the University of Sales Excellence structured as an academic university.  The idea was very successful and soon we had plane loads of salespeople and sales managers flying in to better learn how to sell.  I remember standing up in front of a group of new salespeople and the subject of that system, which had been labeled SMARTS, came up.  Wanting to gain points with the group I shared that I was in fact the original author of SMARTS and waited for them to bow down in appreciation at my wisdom and accomplishments.  Imagine my surprise when they broke out into a chorus of boo’s and started throwing things at me.  ”We hate that system”.. “It takes up all of our time”… were some of the comments.  I was shocked, but wanted to understand what had happened.  After all, my team loved the system, they helped to develop it and could not have lived without it.

I soon discovered that what had started out as a system “designed by salespeople for salespeople” had been drastically overhauled to do all things for all people by region staffs throughout the country.  It’s main purpose was the creation of reports and metrics without any thought about what it takes to generate that data by the end user, in this case the salesperson.  The focus was no longer on the salesperson but on creating data and forecasts at the expense of salesperson productivity.  I was crushed.

It is 2010 and some things never change.  The notion of CRM adoption for the sake of CRM adoption is not a good idea.  I am not suggesting that forecast, pipeline and sales analytics are not important.  They are.  But how can we get to that data and make it readily available without compromising the productivity of our sales teams?    Even better, can that data be an output of improving or advancing my sales opportunities in my day to day activities?

We think it can be.