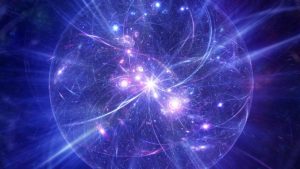 I openly admit that I am a science geek.  In my previous post Averted Vision, I have already confessed that I am fascinated with the universe.  As a result of this, I enjoy studying about astronomy and that has expanded to exploring physics.

The Discovery Channel just released a new series “Into the Universe with Stephen Hawking” that I highly recommend.  I will always be fascinated that such intellectually stimulating programming can peacefully co-exist with “Swamp Loggers” and “Deadliest Catch”, but who am I to judge what people want to watch?

I realize this type of programming is aimed at audiences such as myself that would really like to grasp the concepts presented, but sometimes struggle to comprehend.  I can’t quite wrap my head around the idea that the speed of light is natures speed limit or that if I  were to travel at the speed of light that time slows down dramatically.  It causes flashbacks of the brilliant dialog in the movie A Fish Called Wanda when Wanda states that “Apes do read philosophy… They just don’t understand it”.  Here is the full dialog:

Otto: Don’t call me stupid.
Wanda: Oh, right! To call you stupid would be an insult to stupid people! I’ve known sheep that could outwit you. I’ve worn dresses with higher IQs. But you think you’re an intellectual, don’t you, ape?
Otto: Apes don’t read philosophy.
Wanda: Yes they do, Otto. They just don’t understand it!

So, I do study these things, but sometime I wonder if I understand them.

One of the more interesting theories of physics is the Big Bang, that moment in time when all things were created.  Also interesting is the discovery that all of the objects in the universe, stars, galaxy’s etc.  are moving away from each other.  That in itself seems relatively simple to comprehend, but the second aspect is not so easy to comprehend.  The galaxies are not slowing down in speed, but are speeding up and continue to do so.  It caused me to think about a model we use in the Sales Effectiveness world. 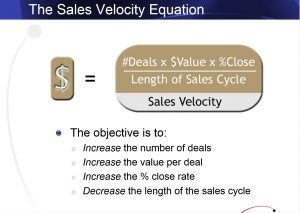 I began to think about how it might work if viewed in the same manner as the Big Bang.  Would it be possible to accelerate Sales Velocity just as the speed of the objects in the universe are accelerating away from one another?

Once understood and placed into motion a Sales Methodology such as Target Account Selling would have this kind of effect.  The reason is quite simple.  The use does not improve just one deal, but all deals.  Add the element of Test & Review where knowledge is multiplexed and spread across the team and it accelerates even more.  The more the sales team uses the methodology the more effective they will become… it continues to accelerate.

Add science and technology that allows salespeople to spend their time more efficiently and it accelerates faster again.

Now, I have no idea if there is a Sales Velocity speed limit such as the speed of light governed by the laws of physics…  But even if there is, I am quite sure most sales organizations have not approached that speed.